At 48, I feel a bit old for a career change but so many people do it. I’ve read tons of articles and columns of how happy people are by eschewing corporate America, buying a cheap van, fixing it up, and hitting the road. Many of those stories don’t give enough detail on how these “travelers” actually pay for all this which is why I call BS on most them. But a bit of legwork finds that they had plenty of money in savings of one sort or another and, really, living in a van is a hell of a lot cheaper than a mortgage. These travelers discovered themselves and realized what makes them happy. Most literally moved into industries they’ve always wanted, ie information technology (IT), creative, or whatever. A great many of them are close to my age, albeit usually younger, and just roll with it.

I’m not risk averse at all so a career change would be healthy for my psyche. My wife is risk averse. I mean REALLY risk averse. Her side of the discussion is: we make a great living, live in a wonderful home, and want our kids to have a place they know will always be there for them. She’s pragmatic and convinces me to stay put to look for alternative solutions and she’s right.

I’ve been in IT for close 27 years and become the stereotype dinosaur. New technologies, fancy-shmancy programming languages, required certifications, and the list goes on, are of no interest to me. Leaving an industry that has treated me well with pay and benefits flies in the face of conventional wisdom. When I roll out of bed the first thing I think of is I don’t want to go. To me, that’s the sign that change is needed. But what would change really look like and what would I do to replace the generous income level I’ve enjoyed for almost three decades? Where would I even begin? What if it all fails? Those three questions are what I ask myself every single day without answering them.

In July of 2006 I was at my parents house and about to quit my job (it was at a podunk credit union with a field of membership no bigger than a parking lot). They told me they knew the branch manager of a rather large credit union and put her in touch with me. The credit union was in a hiring spree and IT was a big part of it. She bugged me for days asking if I had applied to any positions and I kept saying that I wasn’t interested in IT work anymore yet the bugging continued. With two kids, little income, child support, and the worst health care benefits I’ve ever had, the bugging (which I didn’t realize years later that someone doing something nice for me) couldn’t have come at a better time. Her bugging paid off in dividends I had never seen in my career and it was the right move. I’ve now been at that credit union for 11 years. However, pure burnout is also where I’m at, completely disenfranchised and ready for a very radical career change.

I had been off LinkedIn for about three years because I saw once that my company’s CIO and an assistant vice president in my chain of command had trolled my page with the latter wanting to connect. No. I immediately deleted my profile. It was creepy and I don’t want my day gig in my personal life more than it is already. Plus I had a side hustle doing media work listed at the top of the page. That probably didn’t look good to the chain of command. Not that they frown upon moonlighting but they may think that I don’t respect the company enough to list it first. However, I was targeting customers that could benefit from my media services because that’s what I wanted to do.

Fast forward 3 years. I’m coming back to life looking for my new career, basically resurrecting my love for media but I’ve been out of the game for a while and it feels new again. The motivation is back! Writing, voice acting, original music are what I love to do… I’m great at it! I will make money and work very hard to ensure success. How do I know this? Because I’ve declared it. I’m preparing for it. I’m going to explore what it means to be happy with what I do for a living and I will embrace the risk that goes with it. Focus, drive, and passion have been reinstated. Don’t get me wrong, I won’t just up and leave my day gig but I will at some point.

About a month ago I hired a resume writing service that also builds LinkedIn profiles. It’s been worth every penny. Resumes are being emailed, jobs have been targeted, companies in different media genres are being applied to, auditions are being submitted, continuing my third book has been a blast, all the activities I love are now taking over and readjusting my focus.

For me… no van can take the place of all that.

Top Mistakes In Advertising & How To Avoid Them: Part 9 of 10: Giving Up Too Soon

Baby Boomers Over Age of 50 Pushed Out of Jobs

ABCs Of Your Career Journey – O Is For Observant 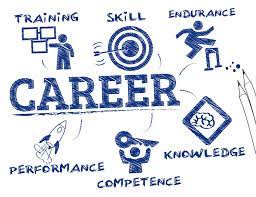 ABCs Of Your Career Journey – M Is For Magical Mindset

10 Things To Avoid Saying In A Performance Review